There are three things in life that I love orders of magnitude more than everything else. My wife Theresa, my science, and New York City. As such, I was thrilled when I heard that this year’s Cognitive Neuroscience Society annual meeting would be held in Midtown Manhattan, just blocks away from my old lab.

When you’re passionate about something, you want to share it with others, so I thought I’d take some time and write a quick guide to the city for those attending the meeting. Countless books and articles have been written which provide much of the same information, so I’ve tried to distill things down to the essential information and include stuff that might not be found elsewhere. This has been a lot of fun to write, and I hope people find it useful. I’m also more than happy to answer specific questions about the city or make recommendations, just post a comment here or ping me on Twitter @danjlurie.

I’ve decided to break the guide down into two parts. The first, focusing on transportation and sightseeing, is below. The second (to be posted this weekend) will be dedicated to the amazing food and drink the city has to offer as well as advice about what to see and do when you’re not at the conference.

Unless your flight gets in after ~8pm, there’s a good chance that taking a taxi is going to take just as long (or longer) than the train, despite being many times more expensive ($7.75 for the AirTrain + Subway vs. $52 flat rate taxi fare into Manhattan). The AirTrain connects JFK to the NYC Subway and Long Island Railroad (LIRR), and costs $5 (which you pay at the end of your AirTrain journey).

If you’re staying at the conference hotel (New York Hilton Midtown), take the AirTrain to Sutphin Boulevard and then transfer to a World Trade Center bound E train. Get off at 7th Avenue in Manhattan and you’ll be on the same block as the hotel. If you’re staying somewhere else, use Google Maps to plan your route.

If you do decide to take a cab, be prepared to wait in line. Depending on what terminal you’re in and how many other flights landed around the same time, you could be in for up to an hour wait, though thankfully it’s usually closer to half an hour. That said, if you encounter what seems to be an unusually long taxi line and are feeling adventurous, there’s a trick I discovered that often works well, which is to take the AirTrain to another, less busy terminal. Let’s say your flight landed at Terminal 4 just after the daily Emirates A380 from Dubai, and now you’re stuck in line behind 300 people who have been sitting in a plane for the past 12 hours. Simply head upstairs to the arrivals hall and get on the AirTrain for a few stops (you can see the taxi line for most terminals from the train). Worst case scenario you’ve wasted 15 minutes, best case you’ve saved yourself an hour of standing in line. 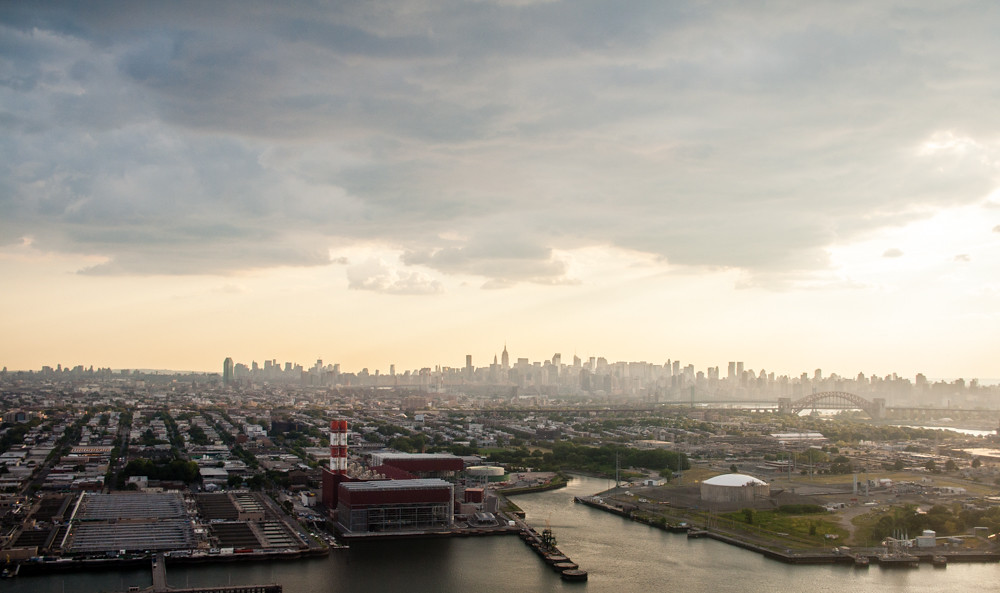 La Guardia is widely held to be one of the worst airports anywhere, and so it’s appropriate that public transport options to and from LGA are equally terrible. Yes, there are theoretically ways to get into the city via a combination of busses and subways, but unless you’re going to Queens or Upper Manhattan, it’s usually not worth the hassle. That leaves a taxi or one of the many airport shuttle bus services. Taxi lines at La Guardia can be as bad or worse than at JFK, but it’s usually at least worth a look to see how long the wait is since your options are limited. If you get the sense you’ll be waiting longer than you’d like, I’ve had good experiences with the NYC Airporter busses, which runs every 20-30 minutes and will get you into Midtown Manhattan for $14 bucks.

A lot of people hate Newark just as much as La Guardia, but in my experience it really isn’t so bad. Unlike LGA, it’s actually pretty easy to get to and from EWR via public transportation. New Jersey Transit can get you from the airport to Penn Station in Midtown Manhattan in about 30 minutes. Traffic patterns are usually about the same for Newark as they are for JFK, so again it’s usually best to take public transportation unless you’re getting in very early or late at night. As with the other airports, there can often be a bit of a wait for a taxi, though I’ve never seen lines at Newark anywhere near as long as at JFK or LGA. Note that unlike JFK, there is no flat-rate taxi fare for rides into the city from Newark, so keep this in mind when deciding whether to take a cab. 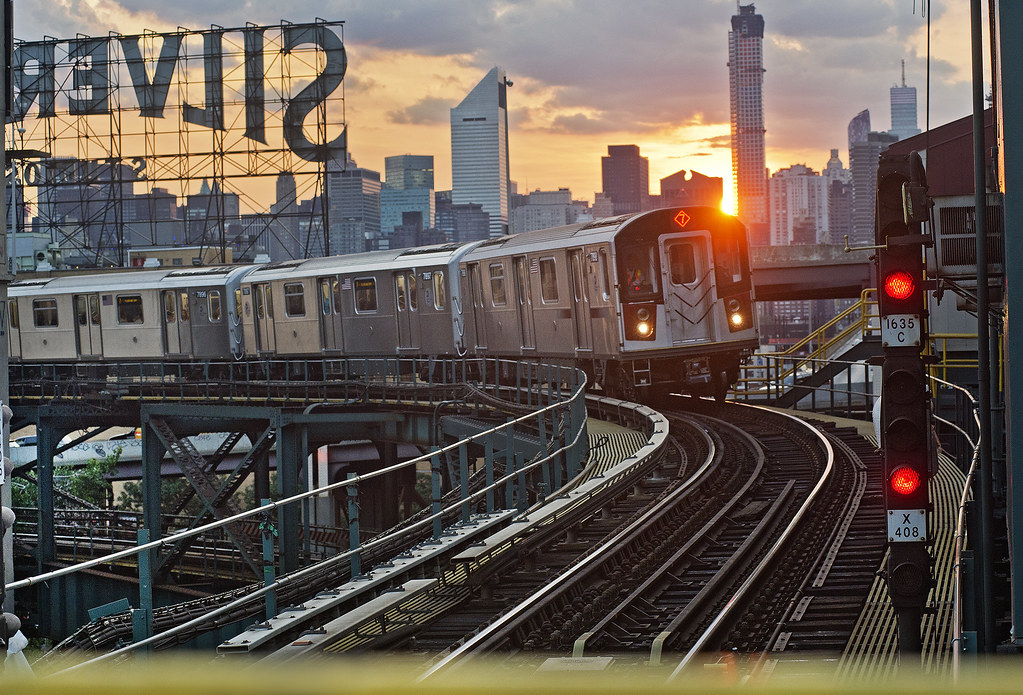 New York wouldn’t be the city it is without its fantastic public transportation infrastructure. Anywhere you want to go, it will get you there, and you’ll be in good company as it’s the primary form of transportation for most New Yorkers. Here’s what you need to know. 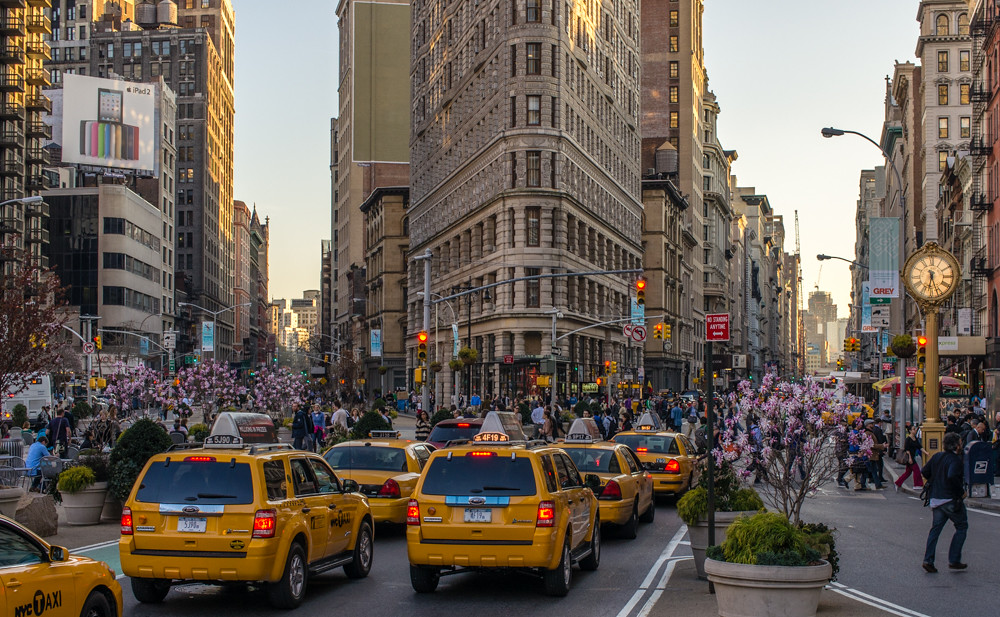 While I have a special place in my heart for the subway system, taxis also play an important role in moving people around the city, especially if it’s late (or you’re running late). Depending on your route, a taxi will usually get you to your destination faster than the subway, unless it’s rush hour, in which case take the train if your route permits. The Taxi and Limousine Commission has a Passenger FAQ, but here are some additional tips.

That’s all for Part 1! Check back this weekend for Part 2, where I will list some of the best food in the city and try to help you make the most of your limited free time in the city.

(Thanks to Chris Gorgolewski for suggesting I add more information about tipping and how to hail a cab).

One thought on “I Brain NY – Part 1: Getting Around”

This site uses Akismet to reduce spam. Learn how your comment data is processed.