The other day, I posted a tweet offering to share my old National Science Foundation Graduate Research Fellowship Program application materials with anyone who was planning to apply this year. Dozens of people have messaged me asking for a copy, and it has become clear to me that there is huge demand for examples of successful fellowship applications.

In the hope of making science just a little bit more open and accessible (and to avoid having to reply to everyone individually), I’ve decided to post my application materials online. They’re available on Figshare for anyone who is interested in reading them. I’ve also added them to the Open Grants project, which acts as a central repository for publicly shared grant and fellowship applications.

I’ve also written up a couple of notes about the application process.

END_OF_DOCUMENT_TOKEN_TO_BE_REPLACED

I seem to be developing a habit of only writing blog posts related to conferences I travel to. It’s not that I don’t have other things I want to write about; I’ve got a whole list of ideas. It’s more that it can feel hard to justify time spent writing for enjoyment when I have so many other things that need to get done. On the other hand, it’s good to be in the habit of writing at least a little bit every day… but I digress.

Less than a week after taking office in January, President Trump (ugh, I want to vomit just typing that) signed his infamous (and immoral, and illegal) “Muslim ban”. Although implementation of the ban is largely on hold for now thanks to the courts (and the tireless work of lawyers and activists), that hasn’t stopped border agents from making life difficult for people trying to enter the country.

As an organization which rightfully values diversity and inclusivity, OHBM quickly denounced the ban, and the council voted unanimously to remove US cities from consideration as hosts for the 2020 annual meeting.

Although the meeting is in Canada this year, I suspect some non-trivial number of international attendees will end up transiting through the US on their way to or from Vancouver. Even those of us who are US citizens or permanent residents are now subject to increased scrutiny at the border, especially when it comes to digital privacy.

In light of these facts, I’ve gathered together a few resources on what your rights are when attempting to enter the United States:

Stay strong, my friends, and I hope to see you in Vancouver.

Welcome to Part 2 of my NYC guide for attendees of the 2016 Cognitive Neuroscience Society annual meeting. Part 1 introduced the guide and covered subways, busses, taxis, and getting to/from the airports. Part 2 is going to focus heavily on food, with some additional advice about sightseeing thrown in at the end.

Please note that this post is a work in progress and will grow a bit over the next day or so as I add more restaurants (particularly more pizza, more bakeries, bagels, and more asian cuisine) and the attractions, so check back on Sunday for an even bigger list.

END_OF_DOCUMENT_TOKEN_TO_BE_REPLACED

There are three things in life that I love orders of magnitude more than everything else. My wife Theresa, my science, and New York City. As such, I was thrilled when I heard that this year’s Cognitive Neuroscience Society annual meeting would be held in Midtown Manhattan, just blocks away from my old lab.

When you’re passionate about something, you want to share it with others, so I thought I’d take some time and write a quick guide to the city for those attending the meeting. Countless books and articles have been written which provide much of the same information, so I’ve tried to distill things down to the essential information and include stuff that might not be found elsewhere. This has been a lot of fun to write, and I hope people find it useful. I’m also more than happy to answer specific questions about the city or make recommendations, just post a comment here or ping me on Twitter @danjlurie.

I’ve decided to break the guide down into two parts. The first, focusing on transportation and sightseeing, is below. The second (to be posted this weekend) will be dedicated to the amazing food and drink the city has to offer as well as advice about what to see and do when you’re not at the conference.

END_OF_DOCUMENT_TOKEN_TO_BE_REPLACED

Below is the text of an email I sent to University of California President Janet Napolitano and UC Berkeley Chancellor Nicholas Dirks, in response to the complete and utter failure of the University to respond appropriately to repeated incidents of sexual assault and harassment by Astronomy professor Geoffrey Marcy.

On most days, being a member of the UC Berkeley community is one of the things I am most proud of.

I am writing to express in the strongest possible terms my shock and disgust at how the University has failed to properly address repeated claims of sexual harassment and assault by Astronomy professor Geoffrey Marcy. As I am sure you are well aware, despite acknowledging the veracity of these claims, the University took no meaningful disciplinary action. Not only is Marcy not being held responsible for his actions, but the pathetic response by the University sends a message to others who would act in a similar way that they can do so and expect to get away with it.

Beyond the failure of the University to take appropriate action, the behavior of Astronomy Department interim Chair Gibor Basry has been completely unacceptable. In an email to faculty that has been widely shared online, Basry suggested that things are “hardest for [Marcy] in this moment” and asked that they offer him “understanding and support.” When the Vice Chancellor for Equity and Inclusion feels that a man found guilty of repeated and inexcusable sexual harassment and assault is more deserving of sympathy and support than the countless women whose lives and careers he has irreparablly damaged, it is no wonder that there is little faith from the community that proper action will be taken to address these serious and wide-spread issues.

The failure of the University to respond appropriately to this incident has already done serious damage to Cal’s reputation. This is particularly apparent on social media, where many scientists and academics at other institutions have have said that they are no longer comfortable encouraging their students to apply to Berkeley, with some going so far as to say that they will actively discourage it. The sentiment of these posts is echoed by an increasing number of prospective graduate students who say they have decided not to apply to Berkeley after seeing the recent news, and others who report that they had already been steered away from Berkeley by concerned mentors.

I hope it does not come as news to you that Marcy’s behavior is not at all uncommon in science and academia, and that the only way it can be stopped is by strong, meaningful action from institutions. Where there is a strong imbalance of power, such as between a professor and students, speaking up about inappropriate or even illegal behavior can often in a very real way mean having to choose between your safety and your career. Far too many women have already left science because of people like Marcy.

I hope you’ll take the time to consider the power of your position, and recognize that you have the opportunity now to help enact meaningful change to dismantle a toxic legacy that continues to be exclusionary to fully half of the population the University is supposed to serve.

Dorothy Bishop has a good blog post discussing her lack of faith in the quality of Frontiers journals. I’ve heard other people express similar views recently, and I’m starting to share their concerns. While there are certainly still solid articles published in Frontiers journals, there are often an equal number of studies whose scientific rigor is questionable (and sometimes even obviously lacking). I am a big fan of Open Access publishing, especially journals such as PLOS ONE which emphasize quality science over subjective novelty. Unfortunately, Frontiers seems to have gone wrong somewhere when it comes to striking a balance between inclusiveness and quality control. Bishop suggests this may be due to financial incentives to publish articles that would otherwise be rejected, and I wonder if it may also be due in part to the “Community-run” journal model of Frontiers which essentially creates multiple independently-run journals under the Frontiers name, potentially each with their own particular standards and policies depending on who the editors are. Hopefully the leadership and Frontiers will start to recognize these issues and act quickly to resolve them, because it would be a shame to see such a big supporter of open science be relegated to the scientific dust bin.

Very neat trick using computer speakers and the doppler effect to do surprisingly accurate motion tracking. Try it yourself in the browser (but be warned it’s not pleasant to listen to).

The MTA made an adorable 8-bit video to explain how they deal with subway delays. 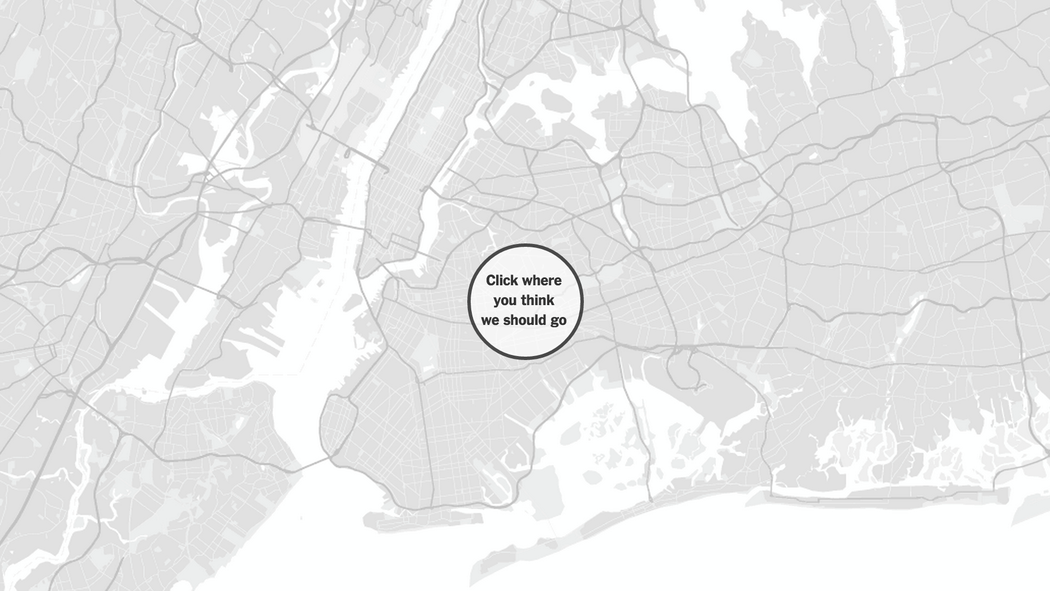 Who Needs a GPS? A New York Geography Quiz – NYTimes.com

I managed 85th percentile, which I think is pretty good for someone who didn’t grow up in the city.